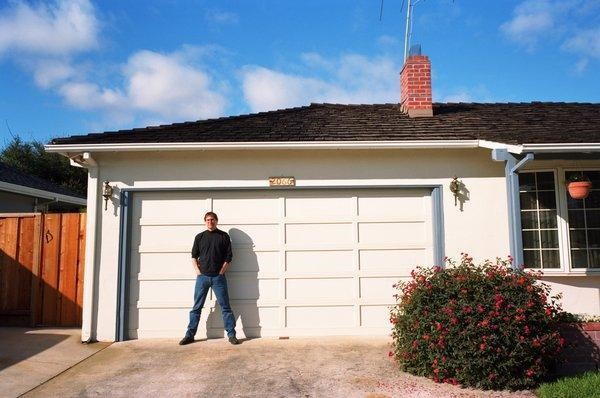 There’s widespread belief that in order to succeed in business you need a large amount of capital and swanky premises. And while that might be the case for some businesses, it couldn’t be further from the truth for many others. Every company has to start somewhere and some of the world’s most successful companies were born from very humble beginnings.

If you’re pondering over the idea of starting a new venture but think you don’t have the resources or space needed to get going, here are 10 companies that started from home and you can too.

Amazon
It’s now officially the world’s largest retailer, but in 1994 Amazon was launched from Jeff Bezos’s garage. Initially, it was an online bookstore after Bezos decided to pursue what he believed to be untapped opportunities in online retail.

Bezos ran the business from his garage with just a few employees before expanding to a two-bedroom house. When he had nowhere to hold meetings, he took clients to his local Barnes and Noble to negotiate contracts.

In the first two months of business, Amazon sold to all 50 US states and over 45 countries. Within two months, Amazon’s sales were up to $20,000/week. Two years later, Bezos issued his IPO and the company is now the world’s largest online retailer with an estimated value of $300 billion.

Google
In 1996, Larry Page, and Sergey Brin started Google from their dorm room while getting their PHDs at Stanford. They never set out to be successful entrepreneurs and the goal was to simply create a place where you could find anything online, but when Google began to get 10,000+ searches a day, they realised they needed to take it seriously.

The duo then established Google’s headquarters in Susan Wojcicki’s garage for $1,700 a month, who went on to become senior vice-president of the company.

Within one year, the Google team outgrew the garage space and moved to an office in Palo Alto with their eight employees. Today, they have around 98,000 employees all over the world and revenue of $89.46 billion.

Apple
In 1976, Steve Wozniak created the first Apple computer before partnering up with the late Steve Jobs and Ronald Wayne. Back then the company was launched and operated from Job’s parents’ garage with the primary goal of selling their Apple 1 Personal Computer which was hand built by Wozniak.

Today, Apple is one of the most valuable and recognised brands in the world with over 130,000 employees, 506 apple stores in 24 countries and generating record-breaking revenue of 285.1 billion in 2019.

The California home where it all began is now one of the city’s historic properties.

Hewlett-Packard
In 1939 and just 10 miles away from the garage where Apple would eventually come to life, Stanford graduates William Redington Hewlett and David Packard started their software company, Hewlett-Packard from a one-car garage in Palo Alto, California.

Starting out with just $538 dollars to rent the space, the garage was used for everything from researching, experimenting, developing and manufacturing for a year before they moved a larger space nearby.

Today, the company has amassed sales of $109 billion and Packard’s garage is a private museum known as the birthplace of Silicon Valley technology movement.

Facebook
The story behind how Facebook began was famously documented in the 2010 movie, The Social Network. Whether you’ve seen the film or not, chances are you’ve heard how the world’s biggest social network began, but in case you haven’t…

In 2003, Mark Zuckerberg created a social network from his dorm room, known then as Facemash which allowed users to objectify fellow students by comparing photos of their faces and selecting who they considered as good looking. One year later Facemash became Facebook and the rest is history.

Facebook now has 2.38 billion global members with an annual advertising revenue of $16 billion in 2019.

Microsoft
In an Albuquerque garage in 1975, two college drop outs, Bill Gates and Paul Allen, decided to create some programming language software which later became Microsoft. The garage they worked from was only big enough for two people but that didn’t stop them from creating an operating system that is now used by 80% of computers worldwide.

Today, the company is a multinational technology company with over 130,000 employees and an annual revenue of $110 billion in 2018 making Bill Gates one of the richest men in the world.

Yankee Candle
Did you ever try to make a home-made gift as a child? Well, that’s exactly what 16-year-old Michael Kittredge from Massachusetts did in 1969 when he made a candle for his mother out of melted crayons, string and everyday kitchen materials. After a neighbour offered to buy the candle, Kittredge decided to buy materials to make and sell more candles from his family kitchen.

Fast forward to 2019 and Yankee Candle is now the most popular candle company in the world and was sold to consumer goods maker Jarden Corp in 2013 for $1.75 billion.

Harley Davidson
In 1901, 20-year-old William Harley drew up plans for a small engine designed for a regular pedal-bicycle frame. Over the next two years, he and his childhood friend Arthur Davidson and his brother Walter Davidson worked on their motor-bicycle out of a small shed in Milwaukee, Wisconsin.

After the bike failed to climb the hills of Milwaukee, the three began to work on a new and improved machine, a motorbike. In 1903 Harley Davidson Motorbikes was born and went on to develop a range of traditional cruiser motorcycles for customers all over the world and generating a revenue of $5.7 billion in 2018.

Spanx
In 1998, Sarah Blakely was trying to make ends meet by selling fax machines door to door when she came up with the idea for Spanx. The idea came when Blakely cut the feet off of her tights to wear them with open-toe shoes and realised how much better she felt and looked.

With just $5,000 of savings she then went on to create the prototype of the Spanx garment and approach manufactures to make her design. She bootstrapped the growth of the company by securing large purchase orders from department stores and eventually generated sales of over $1 billion.

Under Armour
23-year-old football player Kevin Plank set out to create a solution to the sweat-soaked shirt he suffered with every time he played football. The first prototype was created from Plank’s basement and he tested it out by getting his teammates to wear it during games, some of who went on to play in the NFL.

Under Armour was originally only sold from the boot of Plank’s car, but within a year he had enough of a following to open his own warehouse. The company’s revenue in 2018 was $5.2 billion.

These super-successful companies are proof that a great idea, determination and grit creates an opportunity for any budding entrepreneur. Furthermore, with the development of digital technology, starting a successful business from home is achievable for anyone with access to the internet.

« Who Knows Wins is changing the culture of gambling
Infographic: 10 Benefits Of A Virtual Office »

New Year, New Business: 5 Businesses You Can Start From Home

A Virtual or Serviced Office: Which one’s for you?