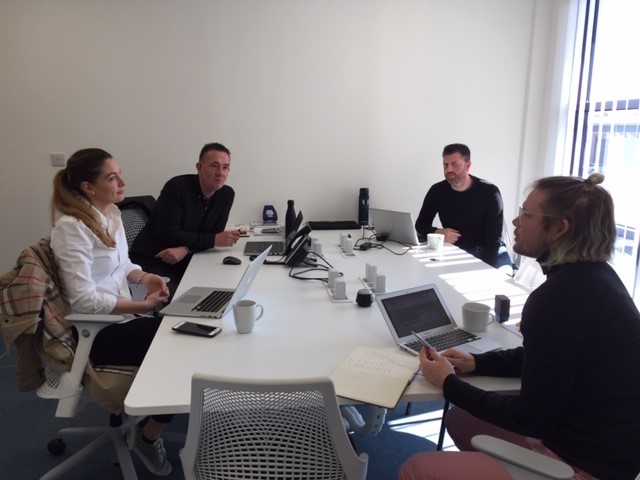 Who Knows Wins is changing the culture of gambling

This month we sat down with Workbench member Who Knows Wins and discussed their exciting app which is set to take the betting world by storm. Their social betting app allows users to bet on sports games with their friends while keeping the winnings amongst mates, rather than the bookmaker.

We spoke to Founder and CEO, Jamie Graham:

What was the motivation behind starting Who Knows Wins?

The idea began after I was on holiday with a friend and we were watching something on a sports channel. I said to my friend, “I bet you a tenner the team in pink win” and he took the bet and we watched the game with a bit more interest than we would have had otherwise. He won the 10 euros from me and we went out to a bar and he used it to buy the first round of drinks.

I felt good that I’d given the money to him, rather than to a bookmaker and it had that nice kind of circle to it. I then started thinking of a way to take that feeling and put it into a bigger scale, which quite simply led to Who Knows Wins.

How is your business different from other betting apps?

Social betting are two words that are really key when describing Who Knows Wins. We feel that we can take ownership of that, seeing as that is what it really is.

It’s betting, but in a softer form because it’s social, transparent and with people that you know in an environment that you’re used to, rather than betting individually and transacting against a bookmaker. We’re looking to change the whole culture of gambling.

How will Blockchain technology benefit your users?

Blockchain is going to be an amazing disruptive technology in a million different industries. Gambling is one it fits into well because it’s got that verification and security aspect.

Blockchain will allow us to release our own in-play win token, which will open up jurisdictions without the need for licensing and regulation. It will also allow users to create their own bet specifications for things that professional bodies can’t verify and mean our users pay less commission on transactions.

I think the world will be a very different place in 5 years time. Not only will half of the population be vegan, but blockchain is also going to disrupt a lot of industries and revolutionise the world.

What has been the biggest challenge in the business so far?

There have been lots of challenges but I’m sure all businesses are the same. We’re pre-revenue and we’ve had Who Knows Wins for two years and gone through loads of ups and downs.

During the downs, you never feel fully confident, but you keep your philosophy and your principals knowing that the idea is going to disrupt an industry that is difficult to infiltrate and full of barriers.

What are your growth plans for the business?

One idea we have is to give a revenue stream to grass-roots clubs whereby they set up their own leagues and apply a commission that goes directly to the club and the rest is given to the winners within it.

We then match what they receive so it gives them a sustainable revenue stream and they market our product to their members. No other gambling companies can do that because they haven’t got that interaction with a community.

We want to change the way people do things for the good of the people, at the same time as making money and building a platform for creating more.

What betting advice can you give people?

Like any vice, just do it for the right reasons and enjoy it.  When you go on a night out or go to the horse races with friends it doesn’t feel like a vice, it feels like interaction and a celebration.

That’s what betting should be – enjoyment enhancement. Ultimately, doing things with people makes it a lot better and we’re giving people the chance to share the experience with more people.

What made you choose Workbench as the home for your business?

It’s a mixture of things (predominately Jason) but it’s also the convenience and the location. It’s got a good feel to the building and doesn’t feel like a corporate environment.

Offices can be void of any character and you can go there and feel dead straight away. We need to come here and feel inspiration and creativity. Jason’s created a great atmosphere and I like coming here.

What’s your advice for people starting out in business?

I try not to take in too many different opinions on things and I think people can get lost in reading a lot of nonsense out there. I try and feel reality rather than listen to peoples’ experiences and opinions because there’s so many different external and internal factors that affect the way people think.

You know yourself and what your philosophies are so live more in reality, don’t get bogged down by what people tell you to do because you get told that enough through your life and at the end you may not actually know who you really are.

New Year, New Business: 5 Businesses You Can Start From Home

A Virtual or Serviced Office: Which one’s for you?